Are you part of the tattoo fad? 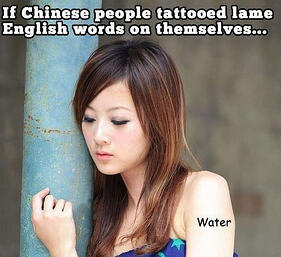 Chances are either you or someone close to you has adorned themselves with colorful pigments. According to the FDA, more than 45 million Americans have a tattoo somewhere on their bodies. A tattoo is usually chosen to demonstrate self-expression, create a fashion statement, remember a special person, place or thing, or just because it makes you feel super cool. But, just how exactly do MRI scans affect tattoos? This is a question you wouldnt normally ask yourself just before getting some new ink. However, knowing the answer could influence whether or not you get that eccentric tribal sign on your shoulder or Gumby and Pokey imprinted permanently on your calf.

MRI machines use strong magnets along with radio frequency waves to gather data. Combined, they create pulses which send signals from the MRI machine into our body and then out from the body into a computer technology which converts all of the data into images. The most common ways for tattoos to hinder the results of a MRI scan depends on the size of a tattoo and the ingredients that were used to create the tattoo ink. Even certain ink colors can affect the body during a scan worse than others. The dye in deep red inks usually contains iron, which is magnetic. So imagine a strong magnetic current tugging and tearing at your skin because of the iron in your tattoo ink. (OUCH!) During the imaging process, the current flowing can cause that metal within the iron to get hot, hot enough to burn your skin! The tattooed skin can essentially swell, boil and be irritated. In fact, some of the more serious reactions have resulted in first and second degree burns.

Dont fret, however, these burning and painful cases are very few and far between. Usually, if your tattoo is less than 20 years old, you dont have anything to worry about and probably wont feel anything during a scan. Most cases where skin with tattoos on them end up with a burning sensation, are those that are 20 years and older. Long before it was thought that tattoo ink should be regulated and before the safety of tattooing was given much thought, some artists used ink that was comprised of tiny metal fragments. These incidences were more so the ones that reported the more serious side-effects from the scans. Having these metal fragments also distorted and smeared the MRI images, resulting in additional scans needing to be done and/or further procedures to receive accurate results.

To ensure your safety, it's best to inform your doctor of all of the tattoos that you have accumulated throughout the years, when each one was done and any concerns you may have.  Your doctor will be able to evaluate the risks and provide you with other options if need be. There are definitely alternatives to a MRI scan. Some people are prohibited from having a MRI procedure done, especially if they have metal implants of some sort, or cardiac pacemakers. Don't forget to also remove any metal items you may have on you, such as, earrings, or nose, lip, tongue or eyebrow rings, etc. Even small metal objects such as keys, paperclips, or even hairpins can become projectile weapons if brought into one of those MRI scanning rooms!